This was my first official Second Life experience with a game from MadPea Productions. I enjoyed it more than expected.

The reason I signed up for the hunt was just to bring traffic to my sim. I’ve always had an interest in MadPea games but never got around to actually play one yet.  I’ve been following the group for a while and I found that MadPea Productions‘ reputation precede them. Buying the eggs seemed a logical move and a worthy investment.

I then decided I wanted to figure out what all the fuss was about among the people in this exclusive group where there is no talk  about the latest shoes or some sort of relationship breakup. The talks are about finding clues, achievements, leaderboards, prizes, etc. and I wanted to experience it.

Once I got the hud and my little basket, I was ready to hunt. There was 114 locations to go to when I first looked at the list. It then jumped to 134, then 149, and as we are getting close to the end, eggs are expiring and the amount of locations available is dying down.

It wasn’t as easy as it may have looked. Some of the eggs I couldn’t reach. Touching an egg from a distance for some didn’t work. There was the one the radar said I was on top of it, yet after derezzing everything, there was no egg to be seen, but still a dot on the radar with the beeping sound telling me to look further until I got frustrated. Sometimes the egg was below me, sometimes it was above me. I’ve never temporary derezzed so many things and once I was done some of the places looked an absolute mess.

I came across a few frustrated people who couldn’t see the egg. Some were happy to help, some didn’t, some found it a good reason to ban you.

There were all sorts of locations ranging from beautifully landscaped sims, shops, shopping malls, Linden Lab homes and rental places. 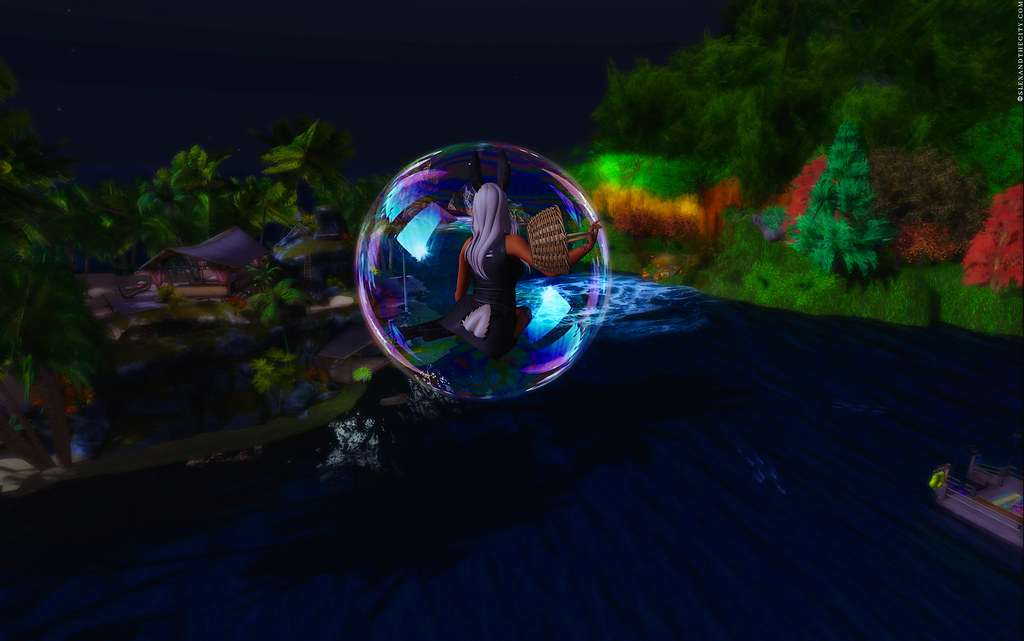 Things got really interesting for me when the gold eggs came out and gave a surprise present or a random amount of points (maximum I got was 500 and minimum was 75). At that point, I became more excited about finding the golden eggs for the surprise rather than the points.

There was frustrating times.

Until I found nine golden eggs in one spot. It was too good to be true, and it was. Those were red herrings I was told. Not one of them would give me anything, until someone helped, assuring me one of them was a real golden egg. It took about 15 minutes. I had to leave and come back. I thought maybe I had derezzed the egg by accident. After all that frustration, I found the right egg to touch and it gave me a prize rather than points, which made me happy.

Another sim had a lot of eggs in one spot but in the middle of other fake eggs. One was still beeping on my radar. I had almost derezzed everything and clicked on the eggs several time. I was about to give up when the beeping finally stopped. I had finally found the last egg.

Other times, it was getting late, I just left. One sim was some sort of club. Several women were topless, wearing a g-string and doing pole dancing. All I cared were the eggs. I couldn’t see them and was receiving random friend requests from those women so I left.

I did the hunt more for the experience rather than the prizes, and I’ll admit, I enjoyed watching my name climbing in the top 500. The highest I got was #204 and at the time of writing I’m at #206 with about 17 000 points. Quite lame compared to the #1 on the leaderboard who has about 90 000 points.

I don’t have a big interested in the prizes. In saying that, the prizes have to be unlocked, and interest or not, interested is picked. You. Just. Have. To. Know. It’s a collective effort. The more eggs are being uncovered, so do the prizes, one by one. You can’t help it, you have to join in.

The best part of the hunt though  – and the ultimate goal really – was I got a new tenant on my sim. We started hunting together and liked to voice, because really, typing is a waste of time, but I understand, not everyone can talk. She also decided that I should be a bunny at least during the Easter weekend and bought me those cute bunny ears and tail set, which, I LOVE.  It is so cute I found myself staring at the twitching of my tail. Cuteness overload. And those ears… gosh… Adorable. “Are you going to stay a bunny now?” asked Johnas.  Of course not. Hopefully,  there’ll be another occasion to wear them, and if not, there is always the MadPea Egg Hunt next year… and maybe I’ll do even more Easter hunt, who knows? We were just a cute bunch for this Easter. 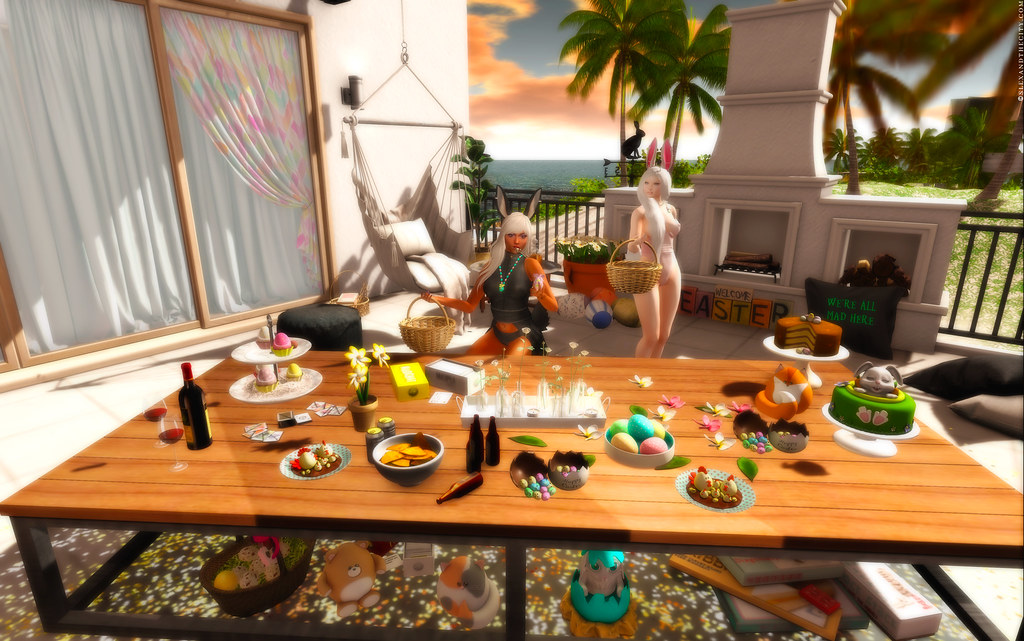 Abigail is not just any tenant though. She is Australian, same state, living only a couple of hours drive from me. One of the most interesting with Abigail, is we developed a friendship outside SL and are now Facebook friends… with one common friend…  a guy we both dated  (not at the same time obviously because that would be freaky) many years ago… How small is this world?

I can’t wait for next year’s hunt and I’m excited about playing other games from MadPea Productions.

Did you have fun? What was your experience with the hunt?