Utrecht is a city in the Netherlands with the second-highest number of cultural events after Amsterdam.

It is also a Second Life hideout in the middle of Mainland based on the canals of Utrecht.

Maybe not quite a hideout, but I like to call it as such because you can’t actually drive to it, and it is kind of hidden on the middle of nowhere.

Angelus van Engelen is the owner of the place and happens to live Utrecht.

I had the pleasure to be interviewed for his blog series : Second Life – our passion, and since no one had interviewed him, I offered to do it.

Being used to live by the beach, RL and SL, Utrecht Estate made me feel out of place.

Sometimes I forget that there could be something else than islands full of beach houses, you know…

The furnished house is one from Froukje van Hoorenbeek, the creator behind Dutchie Furniture and Homes, who coincidentally is also from Utrecht I was told. 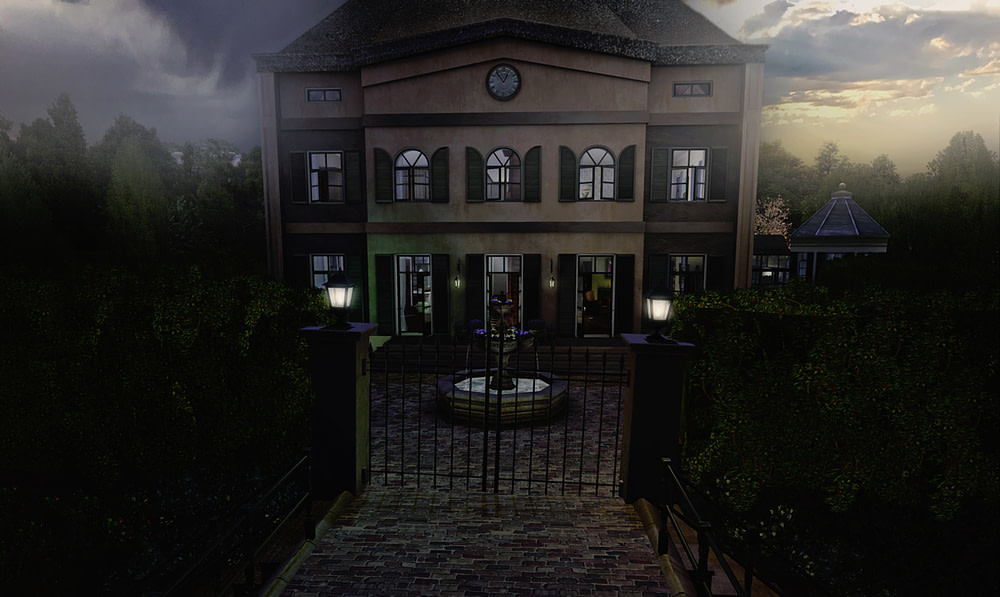 “It’s a complete work of art,” Angelus said, so he didn’t bother changing anything; he added to it instead. For instance you’ll see on the walls some portraits of writers.

If you click on them, you’ll hear a sound clip. 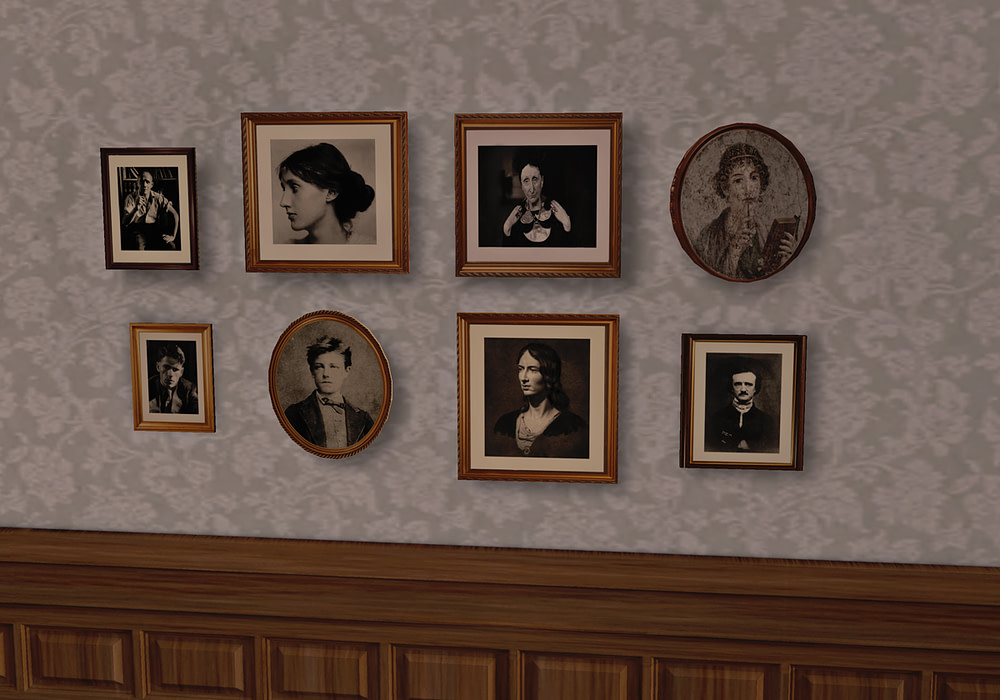 “I love a house with little secrets,” Angelus explained.

Angelus had an absinthe preference for a short time.

“I made everything with absinthe, including desserts,” he said.

If you touch the cloth you’ll hear a short French song about Absinthe.

But I am not going to spell out all the little secrets of the house, you’ll have to visit to discover them all.

One of his favourite rooms is the servant room which I didn’t photographed, but the highlight of that room is the ironing board…

“Froukje is famous for her sometimes funny animations,” he explained which is another thing for visitors to discover.

Angelus collects art from SL artists, the creepy sort if I had to describe it, but not in a bad way; after all, it is art.

The art in another room transported me to another country as I wasn’t feeling the Dutch vibes anymore;  Asian perhaps?

“Oh, that is eastern art.

“That is very common in The Netherlands in old houses to have eastern art.

“Going back to the colonies and The Netherlands had a special bond with Japan,” Angelus explained.

“When everyone thought it would change the world,

“It was such a hype then and large companies were opening dependencies in SL.

“It was something you couldn’t miss,” he said.

He stayed a year and came back in 2019 to see what Second Life had become and to maybe write a blog about it.

Like a lot of people, Angelus thought that Second Life didn’t exist anymore.

“I read an article about SL.

“That it was alive and kicking, so I came back with the idea to write about it and do participatory research,” he said.

Second Life can be tough and lonely for people, even when you’re a hermit.

RL rules do apply in SL and it is as difficult, if not more so to find solid friendships.

If it wasn’t for Aussie Shores Estate, I probably wouldn’t be spending that much time in Second Life.

“If I didn’t do these interviews I wouldn’t get out of my SL house.

“And opening up the house is also a way to have more contacts.

“Well, that’s not quite true as I do attend poetry readings and I go to art galleries.

“Before the interviews, I also regularly went to dance parties, but that was some time ago,” he said.

Even though Angelus is a bit of a hermit, he has a small group of meaningful friends.

He also met a few from Second Life in RL, one becoming a true friend in RL which is amazing.

Reading Second Life forums and Facebook groups on occasion, I have seen many people complain about being bored and having no true friends, or being heartbroken, etc.

Second Life becomes much easier when you have friends, a purpose or passion which for Angelus is the combination of writing, interviewing and meeting people.

“I feel that it’s more intense than furnishing the house and moving a plant or a tree a few millimeters,” he said.

Second Life abounds with creative people, so it is easy for Angelus to fulfill his passion for art.

“Not to make myself, but to discover art.

Second Life : Our Passion 1 is available as an ebook on Smashwords (free) and Amazon.

“It is something I wanted. Not necessarily a smart thing to do, but I don’t always want to be smart.

“Instead I just do the things I love, and I love the idea to have it as a book, so I did that,” Angelus explained about his decision to get his blog series published.

I highly encourage you to go there to discover its little secrets here and there as I certainly don’t want to divulge it all.

While you’re visiting, you may also want to listen to a special playlist that Angelus has put together for added in-world experience.

Don’t hesitate to share you’re thoughts in the comments below if you get a chance to visit.