If you are looking for a gorgeous gown or a sexy dress, drop by United Colors.

Dead Dollz weekly sale was on and I wanted to check the new colours as I have the dress in black. I hesitated and then decided that I didn’t need another colour. I was about to leave when I noticed a couple. The yellow gown she was wearing caught my eyes.  I wish I had taken a screenshot, but I was mesmerized by her outfit and her whole look really. She looked fabulous. I assumed they were a couple because of the pixelated body language. Yep, it’s true, you can pick up on body language in Second Life.

The idea of them being a couple was confirmed when he pulled her into an embrace and kissed her. Awww. They were just adorable. Still mesmerized by them two, I again forgot to take a screenshot. And then, poof! He was gone. I quickly took out my hud to see what she was wearing before she disappeared too, but that didn’t help, so I messaged her.

We ended up chatting for a little while. She was looking for a specific dress from Dead Dollz and I was able to help her.

The dress she was wearing is from United Colors. Not familiar with that brand, I didn’t recognised the  initials UC the hud had given me with the name of the dress (UC Ivyana gown)

I ended up going to the United Colors store. If it hadn’t been for Resmay Bloodstorm wearing the dress there was no way I would have bought it or found it in the first place. The store has a horrible setup that doesn’t portray any of the fantastic clothing they have. Some may say “you have demos to try the outfits on”, but before trying on anything, you need to be enticed to do so. Teleporting directly from the Dead Dollz store which is simply amazing, did not help. It took me a few minutes to spot the dress. After 30 minutes of deciding which colour to get and L499 later, I finally owned the Ivyana gown in beige.  I love it. 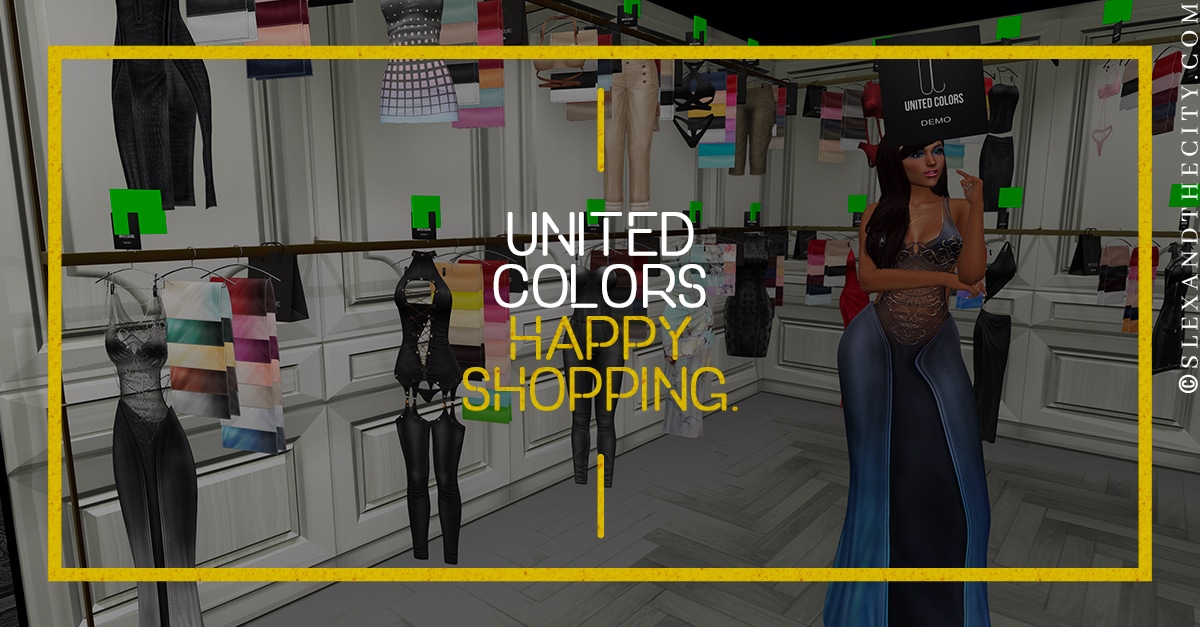 If it wasn’t for Flickr or other residents in-world, we would miss out on a lot. I often go back to events after seeing a picture on Flickr. I might be bias with Dead Dollz because it’s at the top of my favorite store list, but she has a beautiful set up and her Flickr photostream makes it even more appealing to buy her clothing. And there are plenty of other designers out there that have equally great stores and Flickr photostreams. But it is a shame for the few stores that may miss out on sales because of their in-world display. It also shows the importance for those store to have awesome Flickr bloggers.

Can you think of anyone that has great stuff but not showing it off enough?

In the meantime, get your lovely bunch of pixels to drop by United Colors; they do have fantastic clothes. Don’t believe me? Check out their Flickr photostream and the Second Life Marketplace. 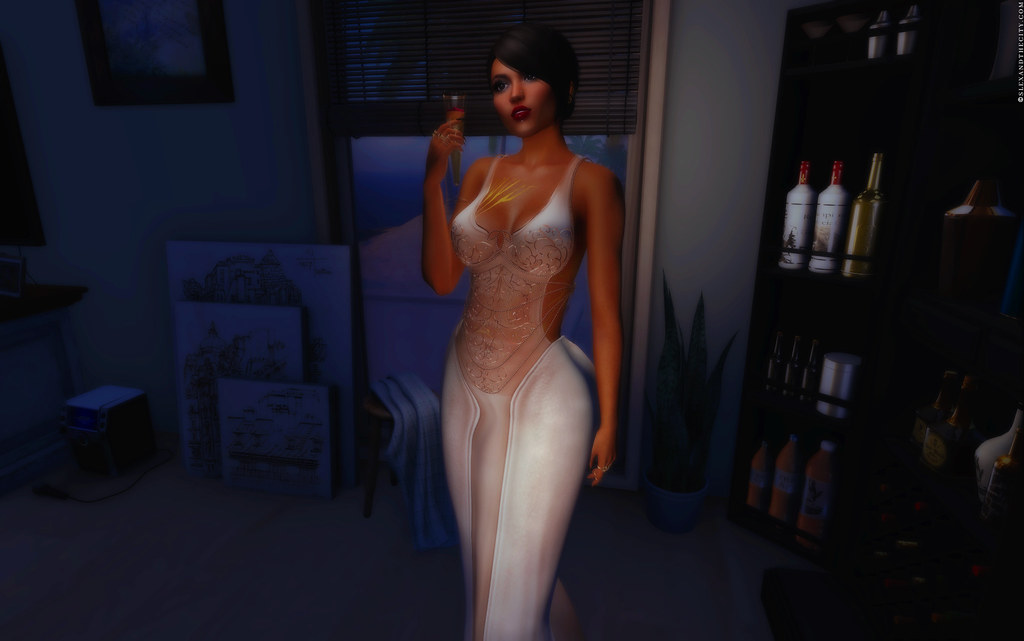