Second Life: Top 10 Reasons Why People Still Hang Out There

Second Life is a 3D online virtual world developed by Linden Lab in 2003, and had approximately one million regular users on its 10th anniversary in 2013. 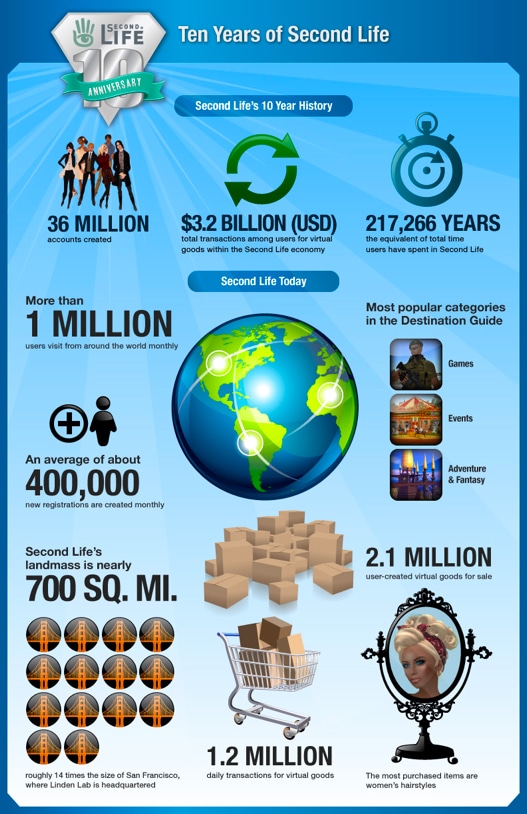 Second Life has been compared to best-selling PC game “The Sims” from Max and Electronic Arts (EA) as players create characters to do every day things, and the MMO (massive multiplayers online) World of Warcraft. But Second Life isn’t a game, is it? There’s no end-game, no objective; you can do whatever you want within your virtual means.

Second Life (SL) has been given a bad rap for several valid reasons. Like cigarettes or video gaming, it can be addictive. Bad things happen, on and offline. Second Life can be lots of fun and has lots of positives.

Why are people on Second Life?

1. The freedom of being whoever or whatever you want to be. Become a dragon, a unicorn, a shemale, a fairy or even an oracle. You can be tall, short, thin, young, old, curvy or extra curvy. Since Second Life is anonymous, if you’re a guy wanting to be a female avatar, there’s no laws against it. One resident set out an example by being honest in the community forum about why he’s a man choosing to be a female avatar. “In SL I am free from the prejudices, constraints and social norms of being a guy which for a short time is a relief and I can just be who I am,” Chardonay Babii explains, and has a direct link to the thread on her profile.

2. Romance and virtual sex (slex) are important factors for some, and probably two of the main reasons Second Life gets the worst publicity. People choose to have virtual affairs and virtual relationships  sometimes interfering with Real Life. The good news is we’re not all into the serious virtual dating scene.

3. Second life is created by its users. From clothing and makeup to buildings and landscapes, if it wasn’t for the creative minds, there would not be a Second Life.

4. Earn real money. Sell clothes, make-up or become a real estate tycoon such as Anshe Chung who is the first virtual millionaire.

5. Go shopping. Even though Second Life is free to join, and lots of freebies are available, virtual shopping is addictive, lots of fun and costly if you don’t have a budget.

6. Listen to live music or music in general. Jonas Tancred, a singer from Sweden, was one of the first musicians to be offered a Real Life record deal in New York because of Second Life. He also met his wife through Second Life.

7. Forget about Instagram, it’s all about Flickr “faves” among Second Life residents. Photography is serious business, a form of advertising for sellers and the best way to stay updated with fashion trends.

8. Hang out with friends. 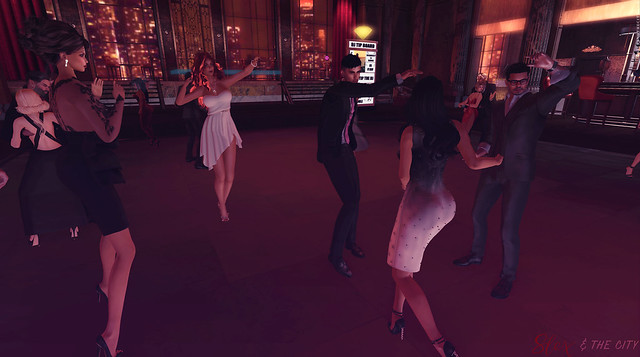 Alice Krueger has multiple sclerosis and uses Second Life to connect with people and have some sort of social life.

Let me know in the comments your reasons for still hanging out in Second Life or the reasons you don’t.  And if you enjoyed this post, I’d be grateful if you’d help it spread by sharing it. Thank you.